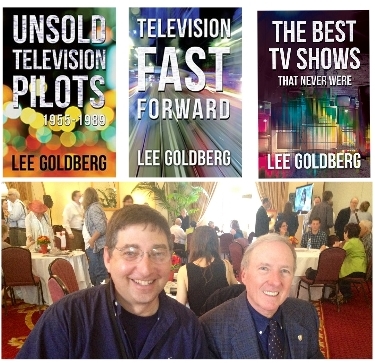 Lee and Joe Wambaugh, one author with whom, to my knowledge, he has not yet collaborated

It was on an evening in 1950 when, as something of a surprise, my father showed up after work accompanied by a large man toting a large television set. The set was big, the screen small. I’m guessing 12”, more round than rectangular, with a black and white image, of course. Later, we would buy a clear plastic sheet that was tinted blue at the top, green at the bottom and a sort of pale orange in the middle. With it taped to the screen, on rare occasions, an outdoor scene seemed vaguely colorized. Most of the time, it resembled a Facebook profile picture tinted by a modified LGBT rainbow. 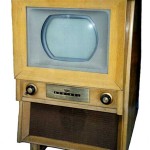 There was only one local channel in New Orleans, WDSU-TV, the NBC outlet, but they managed to sneak in a few CBS and ABC shows. If memory serves, the broadcast schedule included Milton Berle’s comedy hour on Tuesday nights, Ed Sullivan’s TOAST OF THE TOWN on Sundays, KRAFT THEATRE, STUDIO 1, PHILCO PLAYHOUSE and on Saturday mornings Hopalong Cassidy movies, Gene Autry in 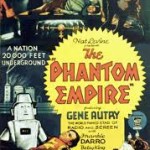 THE PHANTOM EMPIRE or a serial featuring Don Winslow (the Coast Guard officer, not the crime writer).

It took me about five minutes to become a lifelong TV addict. These days, there is so much available content that, were if not for intermittent fits of self-control, I would probably be watching the box right now, instead of hunting and pecking computer keys.

It’s not that the new shows are all that compelling, though some are. What commands my devotion are the reruns of favorites from the past. I’m talking primarily about the dramatic series. Comedies – even classics, like I LOVE LUCY or THE DICK VAN DYKE SHOW– don’t engage me as much these days as PETER GUNN or MIKE HAMMER or THE THIRD MAN 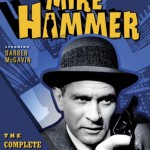 or, personal favorites, THE SAINT and SECRET AGENT.

For my money, all crime shows are binge-worthy. I recently spent too many hours watching the 1989 Burt Reynolds series, B L STRYKER. I might have felt a twinge of self-loathing for wasting so much time were it not for the discovery that a remarkable gallery of writers crafted the 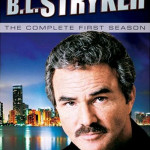 All of this backstory is leading finally to the point of this piece:  my  delight that author, television writer and producer Lee Goldberg has recently put three books full of TV info into digital and paperback format.  Lee obviously shares my love of television past and knows more about small screen history than any sane person should. Lee, I should note, has always been something of a mystery to me. How can he write so many books (they number in the hundreds, including a bestselling series he’s co-writing with Janet Evanovich) and 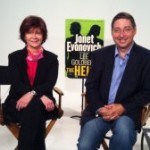 so many scripts (forget about counting), all while simultaneously producing TV series, blogging, contributing incessantly to all of the social networks and, creating and running with partner Joel Goldman, Brash Books, a publishing house wise enough to keep my books SLEEPING DOG and LAUGHING DOG in print.

On top of that, he seems to have time to watch a lot of TV, read and report on books, go to movies and take frequent vacations with his family. How does he find the hours? Is he a time lord? Has he been cloned? Has he minions? Is he, like Larry Block’s Tanner, a man who has no need of sleep?

In any case, as I mentioned  Lee recently digitized and paperbacked a few of his past books.  No big surprise: he’s been doing that for a while. What makes these special to those of us addicted to “scripted” television is that they’re updates to his classic compilations UNSOLD TELEVISION PILOTS: 1955-1989, THE BEST TV SHOWS THAT NEVER WERE and TELEVISION FAST FORWARD. They’re jam-packed with so much fascinating information, they’ve forced even me to spend a few nights without turning on the TV.

More than just an entertaining, informative compilation of television pilots that didn’t make the cut, Lee’s UNSOLD TELEVISION PILOTS, which he claims he began writing at the age of nine, also serves as an offbeat history of the medium during its formative post-live TV decades. Successful television has always been dependent on the just-right combination of cast and concept and Lee not only lists the log lines and talent involved in over two thousand shows, he frequently provides suggestions of why many of them failed. But the main fun is in the listings themselves. My favorite example is an entry that seems to indicate a) TV originality is a sometime thing and b) when it comes to a series showdown, ER notwithstanding, George Clooney can’t hold a candle to Charlie Sheen. In 1987, roughly six years before Sheen and Jon Cryer made TV history of a sort in TWO AND A HALF MEN, a pilot titled BENNETT BROTHERS had the lifestyle of a swinging bachelor brother, played by George Clooney, rudely interrupted by the arrival of his nebbish brother (Richard Kind) whose wife had thrown him out. 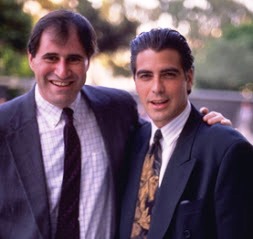 As Lee notes, BENNETT BROTHERS was intended as a follow up to THE ODD COUPLE, but, according to an exec at NBC “the chemistry of the two leads just wasn’t right.”

If you’re really into busted pilots, UNSOLD is the book for you. But if you’re willing to take Lee’s opinion on the 300 best and worst of the failed attempts — and who would know better? — THE BEST TV SHOWS THAT NEVER WERE should be just the ticket. It consists of concepts (usually high), characters and casts, with a humorously acerbic comment inserted by the author on occasion.

One of my favorite failures was a show that ABC was hoping to present in 2005. The futuristic BADLANDS featured a US Marshal (Lewis Smith) and his cyborg partner (Miguel Ferrer) working for their tough boss (Sharon Stone?????). 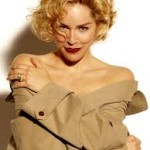 The ultimate gimmick here is that the marshals are patrolling out west where a drought has sent the population eastward and turned the territory to MadMaxland. It’s a situation that doesn’t seem so impossible these dry days.

For TELEVISION FAST FORWARD, Lee focuses on dozens of sequels and remakes of successful American TV series — not just the credits –casts, producers, directors and writers — but mini-essays about how the new versions of the shows were changed and why. The collection begins with ADAM-12 which became THE NEW ADAM-12 (with a new set of actors) to WKRP IN CINCINNATI which re-emerged in syndication as THE NEW WKRP IN CINCINNATI, with a surprising number of cast members re-enlisting. A few other surprising entries:

*ESCAPADE (1978) was an attempt to Americanize THE AVENGERS. 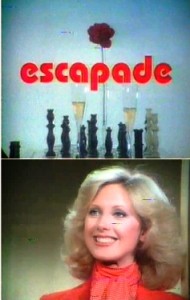 Fairchild, as happy as the day is long

Producer Quinn Martin (THE FUGITIVE, CANNON, THE STREETS OF SAN FRANCISCO) hired the creator of the popular British series, Brian Clemens, to concoct an hour-long pilot. Set in San Francisco, it starred Granville Van Dusen as the Steed-like character and, as a sort of American Mrs. Peel, the one and only Morgan Fairchild.

*RETURN OF THE MOD SQUAD (1979) This was a 2-hour movie that appeared six years after the show had gone off the air. It starred original trio of Michael Cole, Peggy Lipton and Clarence Williams III, along with their original handler, Tige Andrews, and a guest roster that included a host of other series favorites like Roy Thinnes, Ross Martin and Tom Bosley.

*PETER GUNN (1989) The popular Blake Edward-produced original series left the air in 1961. It starred Craig Stevens as a very Cary Grant-like private eye. (The Grant thing may have been prompted by Raymond Chandler’s comment that the actor best typified his idea of Philip Marlowe.) It left the air in 1961 and was turned into a feature film, also starring Stevens, in 1967. But it wasn’t until two decades later that Gunn returned to TV in a 2-hour pilot produced, directed and written by Edwards, starring Peter Strauss. No series followed, possibly because Strauss, for all his thespian skills, didn’t look a bit like Cary Grant. 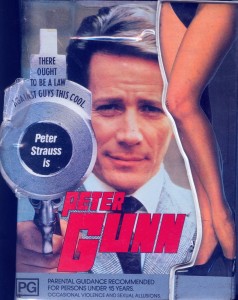 The one disappointment resulting from  these books is the fact that very few of the pilots mentioned are available for viewing.  I suppose that even in this age of conglomeration, it would take a lot of effort to compile a few DVD collections.  Maybe it’s something Lee could do in his spare time.